Heads or tails? AV or not, at the toss of a coin. 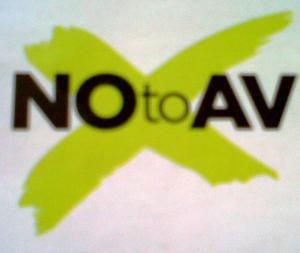 I have, perhaps, given over too much of my ever dwindling brain power to the AV debate. As much as anything, I have been trying to decide if there
really is merit in the proposed system of ranking candidates in order of preference. On the face of it, AV appears to be little more than sending us to the polling booth with the aim of making something akin to a schoolboy list of who is the ‘fittest girl’ in their year group. And actually, that is pretty much the size of it. General elections are first about policies and secondly about personalities. It takes me long enough to decide, each time a general election comes around, which party manifesto is anywhere close to representing my views
and wishes – whilst knowing that none of them will be delivered truthfully when the party takes power. More hung parliaments (which are one sure outcome of AV) mean that you might just as well flip a coin on any of the policies proposed by the political parties you are considering. AV is simply amateurish nonsense and needs consigning to the rubbish bin along with those politicians that insult our intelligence by trying to convince us that it is anything otherwise.

Freelance writer and researcher.
View all posts by mikewpaice →
This entry was posted in General. Bookmark the permalink.